Let your visit to the ancient Mughal Empire make you have a feel of the glory of the once mighty Dynasty in the Indian subcontinent. You will get to discover unique Indian ancient architecture such as the Tomb of Itmad-ud-Daulah (Baby Taj) and the Agra Fort which is a 16th century Mughal monument. Just before you leave your guide will make sure that you are taken to India's most recognized ancient Monument called the Taj Mahal. A visit to this magnificent architectural grandeur will without doubt leave you fulfilled and amazed with your Indian visit.

You will have the opportunity of touring several antique structures of Agra which is a city that is located just on the banks of the Yamuna River. You will be picked up by a private car from Delhi and then be driven for about four hours to Agra. The first place that you will get to visit is the Agra Fort which is listed by UNESCO as a world heritage site.

The brick fort which is situated on a 94-acre (34-hectare) land can be traced back to 1080 AD has survived numerous battles and hence been renovated on many occasions. The fort exhibits both Hindu and Islamic architecture something that you will get to find about as you walk inside it. Some of the interesting parts of the forts that your guide will get to explain to you as you walk inside is the Moti Masjid (Pearl Fort), Diwan-i-Khas (Hall of private audience), Diwan-i-Am (Hall of public audience), Sheesh Mahal (mirror palace) and many other things.

After your conclusion of your Agra Fort Tour you will head to the Taj Mahal an iconic building listed by UNESCO as a world heritage site. On your way to Taj Mahal you will stop en route for at any of the popular restaurants for some traditional Indian delicacies.

The magnificent building that is Taj Mahal sits on a land that is 1,000 acres and visiting it will offer you incredible sights. As your guide will be taking you round the building you will get to discover the building's unique construction, the intricate exterior and interior decor, its beautifully arranged gardens and the outlying red-sandstone buildings. Emperor Shah Jahan built a white domed marble mausoleum in dedication to his deceased third wife, MumtazMahal, the building fuses Persian, Turkish and Indian architectural designs.

You will wind up your tour by visiting the Tomb of Itmad-ud-Daulah that is situated on the opposite of Taj Mahal and also on the banks of the Yamuna River. This structure was built by Empress Nur Jahan in the years 1622 and 1628. The Empress built the structure for her father and the mausoleum has often been described as a Jewel Box. Your guide will help you get a deeper understanding of the monument and off course the Persian influence on the design of the tomb. This tomb remains India's first ever tomb to be made entirely on marble.

The visit to the Tomb of Itmad-ud-Daulah will mark the conclusion of your tour and then you will relax on the seat of the car as you will be driven back to Delhi. 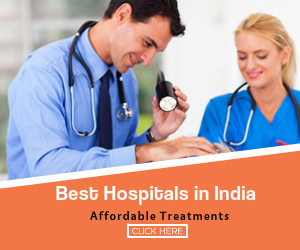