One of the famous Indian tourist circuits is the Golden triangle, which includes Delhi, Agra and Jaipur. A tour through this route provides a great overall view of India's variant landscapes, and gives an opportunity to see many great cultural jewels of the country.

Delhi, the largest metropolis is divided mainly into two parts - New Delhi and Old Delhi. One can witness a blend of culture, sophistication and history.

While Agra is well known for housing the Taj Mahal, an epitome of eternal love, Jaipur is famous its majestic havelis, forts and markets. In this tour we give you a glimpse of the rich heritage and culture of the subcontinent.

You will be assisted with check in at the hotel on arrival at Delhi, by a Memorable India staff member, followed by sightseeing in the afternoon and an evening spent in leisure. The sightseeing tour will include a visit to India's tallest stone tower - Qutub Minar, along with a tour of India Gate, Rashtrapati Bhavan - the Presidential House, Red Fort, and Jama Masjid. India Gate is a place built specially in commemoration of all the soldiers who tragically lost their lives in the Anglo - Afghan war and World War I.

We set out on a road trip to Agra in the morning, followed by check in at the hotel. Spend the afternoon soaking in the beauty of the Taj Mahal followed by shopping in the evening. The Taj Mahal a classic example of Mughal art is the tomb of Mumtaz Mahal, wife of Emperor Shah Jahan. It took him 22 years and over 20,000 labourers and over 32 crores, to build the monument dedicating it to his beloved wife.

Drive to the next destination - Jaipur in the morning. We make an en-route visit to the former capital of the Mughals, Fatehpur Sikri. After check in at the hotel, spend the remaining day at leisure. A visit to Chokhi Dhani may be arranged in the evening.
Fatehpur Sikri formerly known as Sikrigarh is a fort made using red sandstone. The architecture blends composite cultures of indigenous and foreign origins in an Indo-Muslim composite style.
Chokhi Dhani is a village located near Jaipur which captures the true spirit of Rajasthan.

We visit the Amber fort in the morning. This fort was built in the 16th century, and is counted among the oldest forts of Rajasthan. You may take an elephant ride after the visit. Following this, we drive to the Hawa Mahal which literally means Palace of the Breeze. We then visit the City Palace and museum in the afternoon, followed by a visit to the Jantar Mantar observatory. Leisurely spend the evening.

Depart from Jaipur in the morning. Catch a flight or train for the onward journey or leave for Delhi. 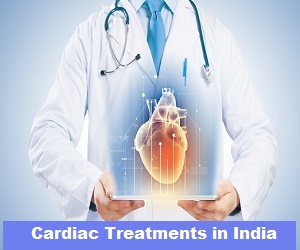