Types and Causes of Thyroid Disorders

As the name suggests, this is a condition where the thyroid gland produces an insufficient amount of thyroid hormone. Some of the common symptoms of this condition are dry skin, constipation, fluid retention, cold intolerance, muscle aches, poor concentration, fatigue, depression, and excessive menstrual bleeding.

Some of the causes of hypothyroidism are as mentioned below:

Goiter is nothing but an enlargement of the thyroid gland. Goiter is not actually a disease. It can be associated with hyperthyroidism, hypothyroidism, or normal thyroid function. Goiter is treated only when it becomes severe.  Radioactive iodine or small doses of iodine is recommended if the goiter is due to iodine deficiency. Symptoms of goiter are similar to that of hyperthyroidism. Difficulty in breathing and swallowing can also be some of the symptoms associated with goiter.

This is more commonly observed in females as compared to males. It is the commonest type of endocrinal cancer in children. Common symptoms of thyroid cancer include a tight feeling in the neck, a lump in the neck, swollen glands, hoarseness of voice, and difficulty in swallowing.

Thyroid cancer is the most common type of endocrine cancer in children, yet it’s still very rare. It is diagnosed in less than 1 out of every 1 million children under age 10 each year. The incidence is slightly higher in teens, with a rate of about 15 cases per million in 15- to 19-year-olds. 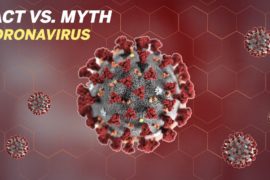 How Depression can cause weight loss?